Neuroscientists have made a rosy discovery: a new type of human brain cell.

The newest neuron has been named the "rosehip neuron," thanks to its bushy appearance. The brain cell, with its unique gene expressions, distinctive shape and diverse connections with other neurons, has not been described before and, what's more, it isn't present in neuroscientists' favorite subject: mice. [3D Images: Exploring the Human Brain]

An international group of researchers reported their finding today (Aug. 27) in the journal Nature Neuroscience.

"It's very bushy," said Trygve Bakken, one of the lead authors of the paper and senior scientist at the Allen Institute for Brain Science in Seattle. Neurons have long branches called dendrites that receive signals from other neurons. In the rosehip cells, these dendrites are "very compact with lots of branch points, so it kind of looks a little bit like a rosehip," Bakken told Live Science. (Rosehips are a type of fruit produced by rose plants.)

Also adding to the rosehip appearance are the large bulbs at the end of their axons that release neurotransmitters or chemical signals to other neurons, Bakken added.

The new finding is the result of a collaboration between Bakken and his team and researchers at the University of Szeged in Hungary. Both teams independently identified the distinctive-looking neurons and, when the teams learned they were looking at the same thing, they decided to work together, Bakken said.

The researchers at the Allen Institute documented the strange new neuron by examining the brain tissue of two deceased middle-age men. When the researchers looked at the genes of the rosehip neuron in this post-mortem tissue, they found that the neurons acted differently. "There are a number of genes that are turned on just in that cell and not in others," Bakken said

Meanwhile, the team in Hungary further documented the rosehip neuron by studying the electrical activity and shapes of neurons in brain tissue that had been removed from people's brains during surgery and kept alive in a solution.

One reason rosehip neurons eluded neuroscientists for so long is likely because the cells are so rare in the brain, Bakken said. Another reason, he added, is because human brain tissue is difficult for scientists to obtain for study. Indeed, in the study, the researchers examined only one layer of the brain. It's possible, however, that rosehip neurons could be found in other layers, too, Bakken said.

Specifically, the researchers found that the rosehip neurons make up about 10 percent of the first layer of the neocortex — the most recently evolved part of the cortex that's involved in sight and hearing. They also found that rosehip neurons connect to neurons called pyramidal cells, a type of excitatory neuron that makes up two-thirds of all the neurons in the cortex, according to Cell.

The full extent of the rosehip neurons relationship to the pyramidal neurons is unclear, but the researchers did find that the rosehip neurons act as inhibitory neurons, or those that restrain the activity of other neurons. "They have the potential to sort of put the brakes on the excitability" of pyramidal neurons, Bakken said. But as to how this influences the brain's behavior, "we don't really know yet," he added.

All mammals have a cortex, and within it a neocortex, Bakken said. But there are about "a thousand times more cells in the human cortex compared to the mouse," he said. In other words, it makes up a much bigger part of our brain than it does a mouse's. So then, perhaps it's not surprising that the team didn't find any genetic hint of rosehip neurons in mice.

"Finding cell types that are uniquely human… helps our understanding of the physiological differences that under[lie] our higher cognitive abilities and may better inform upon treatment strategies for brain-related disorders," said Blue B. Lake, an assistant project scientist in the bioengineering department at the University of California, San Diego who was not part of the study.

The absence of the rosehip neuron in mice brains might serve as a cautionary reminder that the results of some brain studies done on rats can't be translated to humans, the researchers said. 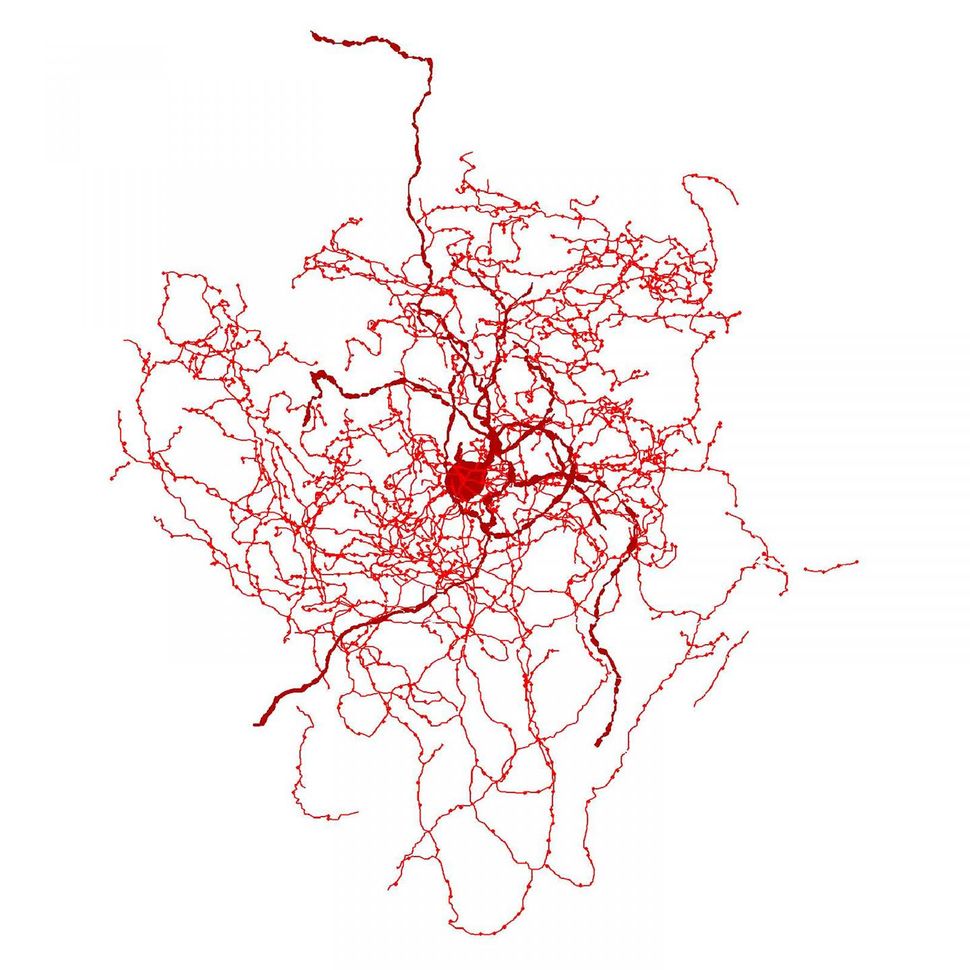