- Purpura Testimonials (Coimbra Protocol)
-
Idiopathic Thrombocytopenic Purpura (ITP) is a disorder that can lead to easy or excessive bruising and bleeding. The bleeding results from unusually low levels of platelets — the cells that help blood clot.

ITP is an autoimmune disease with antibodies detectable against several platelet surface antigens..


This Protocol requires the guidance and monitoring by a physician with specific training to analyze each particular case.

There is a List of Doctors Worldwide here: http://www.thisisms.com/forum/coimbra-h ... 27159.html.

Some doctors work via Skype 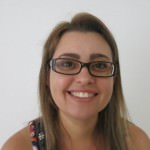 Gislaine started presenting purple spots on the body. Because of that, she sought several hematologists, she took blood tests, bone marrow biopsy and received the diagnosis of purple thrombocytopenic purpura, an immunological disease caused by autoantibodies that destroy the platelets, blood cells of great importance in the coagulation process.

She was medicated with high doses of cortisone and soon side effects of the drug began to manifest: Many acne appeared on the face and torso, she gained 20 kg (almost 45 pounds), had insomnia and got enormous mental confusion.

Unfortunately, Gislaine was refractory to cortisone and despite the high doses of the medication, platelets remained low and the hematologists said their case indicated surgical removal of the spleen to reduce the formation of antibodies against platelets. (spleen is a small organ located on the left side of your abdomen under the rib cage)

She did not accept the doctor's proposal about the surgical procedure, then she started to searching on the internet and found the testimony of Mr. Antonio Valter (another patient of Purpura) and she came to consult with us in Campinas. We immediately started the treatment with the Coimbra Protocol and we also begin to carefully withdraw the cortisone of her system.

In a few days, the number of platelets began to rise reaching the threshold of 140,700 mm3. (when the vitamin D achieve its maximum potency the platelets will increase even more)

She'll probably never meet Dr. Cicero personally. However, surely, she will be eternally thankful for the protocol that he has developed and that is saving many lives around the world.

Mr. Antonio Valter presented a serious picture of bruises on the skin, hemorrhage in the mucous membranes and in the digestive and urinary tracts.

The cause of these bleeds was a very sharp decrease in the number of platelets in the blood (only 4,000 platelets per microliter of blood).

He needed to receive platelet transfusions and was primarily medicated with cortisone.

He was not satisfied with the evolution of his clinical picture and he was concerned with the side effects of prolonged use of corticoids, so he came to us aiming to try the Coimbra Protocol.

We immediately started Dr. Cicero's protocol and we progressively suspended all the corticoids.

After only 2 months following the treatment, the number of platelets increased to 197,000 per microliter. The result was excellent and as we predicted.

Vitamin D in hyperphysiological doses can be of great use in Idiopathic Thrombocytopenic Purpura (ITP) and other hemorrhagic syndromes.

Recently we treated a patient (yet unpublished testimony) which featured factor VII deficiency and needed to take 16 transamin tablets (Tranexamic Acid Oral) every day to avoid bleeding. With vitamin D she managed to suspend all medicines and in addition to getting rid of numerous symptoms she is saving more than $1,000 per month.

As Idiopathic Thrombocytopenic Purpura may present recurrences, it is recommended that medication need to be maintained for a prolonged period of time. In these cases, vitamin D outweighs a lot the use of corticoids, since the patient follow the dietary recommendations of Dr. Cicero's Protocol it does not cause side effects.

"Hello, my name is Uriel and I'm 16 years old. On June 19, 2017, I went to the hospital to find out what caused some of the symptoms I had felt during the week (dizziness, dark urine, and the last symptom was a bruise on my neck), I ended up doing several tests but got no diagnosis. Then, another symptom appeared that were purple spots on my skin called petechiae, and with this a complete blood count was made, which confirmed that I had only 4,000 platelets.

On seeing this, my doctor ordered a tomography of the spleen and liver, where he confirmed the change in both (which justified the change in urine) and my first diagnosis given by doctors was suspected of Mononucleosis. Then my hematologist decided to do a bone marrow examination to find out if it was not leukemia, and in that examination came the final diagnosis which is ITP (Idiopathic Thrombocytopenic Purpura). And then I started the treatment with corticoids, but it did not give any result (on the contrary, it ended up only damaging my body making me gain weight). As the corticosteroid was not working, my doctor started giving me high doses of immunoglobulin, which gave a minimum result raising my platelets to 13,000 platelets, but as soon as the treatment with Immunoglobulin stopped, the count dropped again to 8,000 and then 6,000.

With that, I was discharged to continue trying corticosteroids at home and on my first return appointment after 1 week, found out that I had only 2,000 platelets and I ended up returning to the hospital and being admitted again.

Then I was sent to a bigger hospital to have my spleen removed, but the doctors there agreed that I should expect to complete 4 months of illness to remove the spleen and I was treated with solumedrol and ended up returning home. After a few days at home, I had a small hemorrhage in the kidneys and went back to the hospital to contain this hemorrhage. I ended up taking 48 bags of platelets. Then, my mother requested my transfer to Curitiba (my hometown) where there is more structure and knowledge.

There I did several tests that I had not done yet and repeated some that I had already done, I had another hemorrhage that was contained with more solumedrol. Then, based on the tests' results the doctors prescribed the drug Revolade.

I used it for about 2 months and reached the result of 11 thousand platelets that ended up falling to 9 thousand, then to 7 thousand and so it oscillated, and my parents no longer knowing what to do, ended up discovering the Protocol of Dr. Cícero Coimbra with the vitamin D treatment. Through the internet we easily found a means of communication and we made an appointment with Dr. Renato Slomka, who ended up bringing me back to life.

I had my appointment, followed everything he told me and in my first return the result was 29 thousand platelets, the next was 51 thousand and after 2 weeks I reached 155 thousand.

Today, January 18, 2018, I find myself with 260,000 platelets, really very happy, returning to my activities, my work, my own daily life. I will be eternally grateful to Dr. Renato Slomka, Dr. Cícero Coimbra and for this protocol. Today I can say that I'm healed from this disease and that I have overcome the most difficult phase of my life."