by frodo
Using Carbon14 the researchers can calculate the age of different cells (oligodendrocytes are myelin producing cells and OPC are oligodendrocyte precursor cells). They have reached some conclusions:

* About Normal appearing white matter (NAWM), which are fully myelinated regions previously thought to be unaffected by MS, oligodendrocytes were present in normal numbers, but a couple of normal clusters of mature cells were nearly absent, showing that the present cells were born after the MS damage. 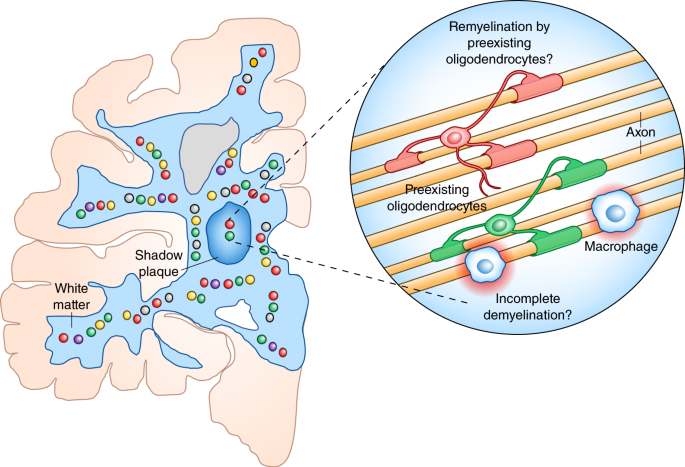 * Oligodendrocytes that appear morphologically normal in individuals affected by MS are affected by disease and are in an altered state.

* Oligodendocytes in shadow plaques, lesions thought to exhibit incomplete myelin repair, are as old as the patient and therefore could not have been generated from newly recruited OPCs.
All times are UTC-08:00
Page 1 of 1
Powered by phpBB® Forum Software © phpBB Limited
https://www.phpbb.com/