The main idea is that there are four patterns of MS (one of them, IV very rare and often ignored), and they represent different pathogenic kinds of MS. Probably the most common, pattern II, is related to EBV while the rest are not. This paper says that there is an autoantibody signature for them.

There is also a review here:

Additional information (from other papers):

A description of the four patterns is available here: 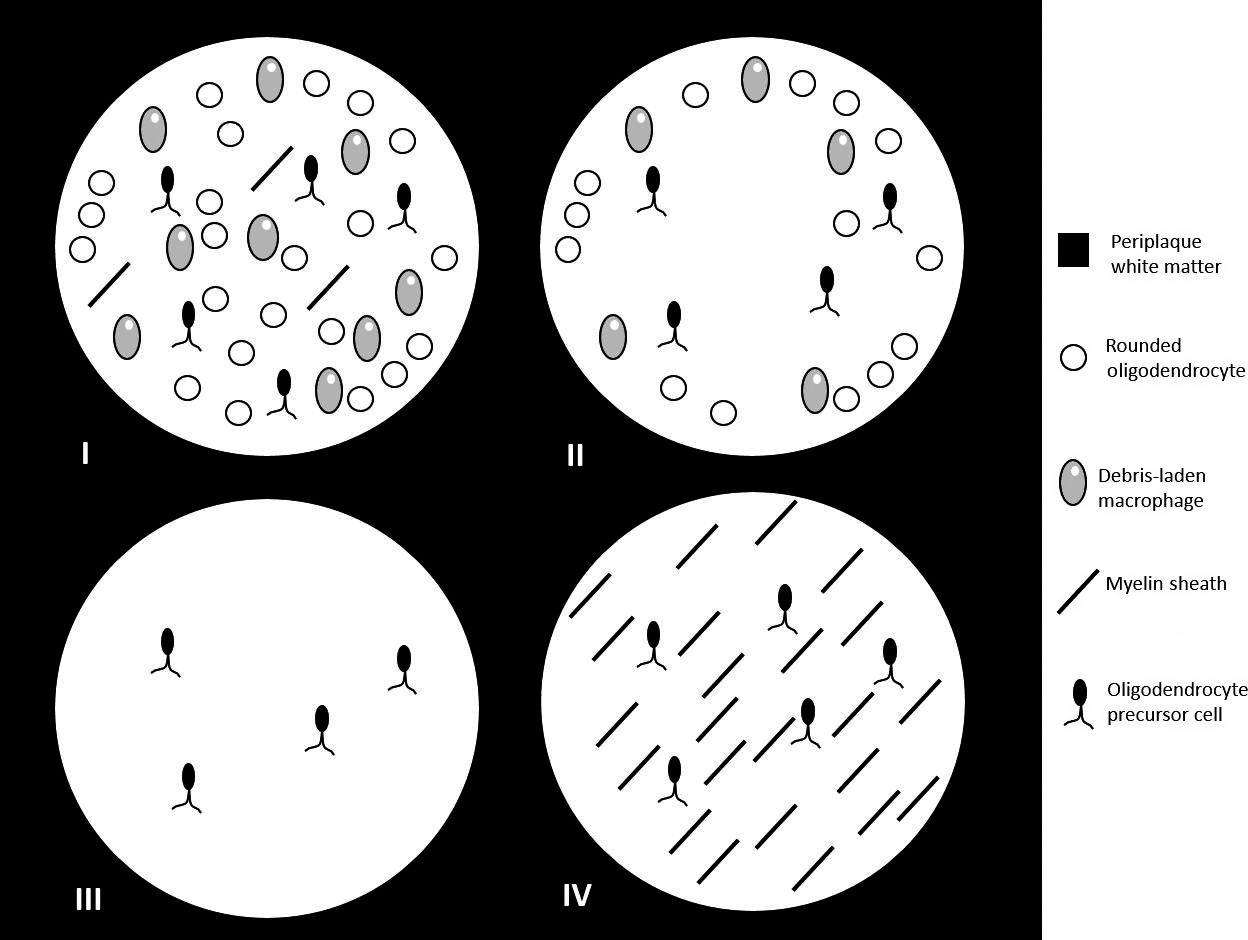 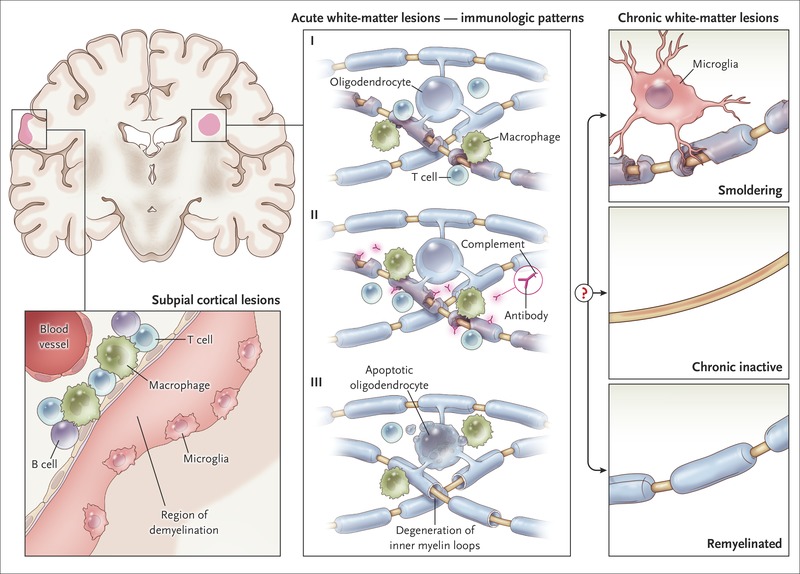 Previous papers about how to discriminate the patterns

Papers about tests for discriminating the patterns

- April 2018: Tissue Markers for Acute Multiple Sclerosis Treatment Response—A Step Toward Personalized Medicine: Personalized medicine tries to find the right medicine for each patient. Patterns are considered in this article.

- Feb. 2016: Patent for diagnosis of the MS subtype, able to discriminate patterns I and II. Methods and kits for diagnosing multiple sclerosis (MS) in a subject. Particularly, the present invention relates to methods and kits for diagnosing a subtype of MS in a subject, the subtype selected from relapsing-remitting MS (RRMS), secondary progressive MS (SPMS), primary progressive MS (PPMS) and a pathologic sub-type of MS lesions selected from Pattern I and Pattern II MS lesion

- Dec. 2014: Predicting therapeutic efficacy of intravenous immunoglobulin IVIG in RRMS Pattern II, and therefore response to plasmapheresis, can be predicted from the genetic profile of a given patient.

- Oct. 2013: Isolation of Clostridium perfringens Type B in an Individual at First Clinical Presentation of MS Provides Clues for Environmental Triggers of the Disease. They report a strain of that bacteria in a pattern III lesion at that time known as "nascent lesion".

- June 2009: Molecular Changes in White Matter Adjacent to an Active Demyelinating Lesion in Early MS. They say that in Pattern III there is evidence for reactive nitrogen species (RNS)‐mediated damage to oligodendrocytes.

- Nov. 2008: Review: Mitochondria and disease progression in multiple sclerosis. Reports about damage in mitochondria in pattern III MS and Balo's type lesions, where NAA is reduced and lactate is increased.