An overall higher protein abundance was observed in both CD4+ and CD8+ T cells from MS patients when compared to healthy controls. The differentially expressed proteins were enriched for T-cell specific activation pathways, especially CTLA4 and CD28 signaling in CD4+ T cells. When selectively analyzing proteins expressed from the genes most proximal to > 200 non-HLA MS susceptibility polymorphisms, we observed differential expression of eight proteins in T cells between MS patients and healthy controls, and there was a correlation between the genotype at three MS genetic risk loci and protein expressed from proximal genes. 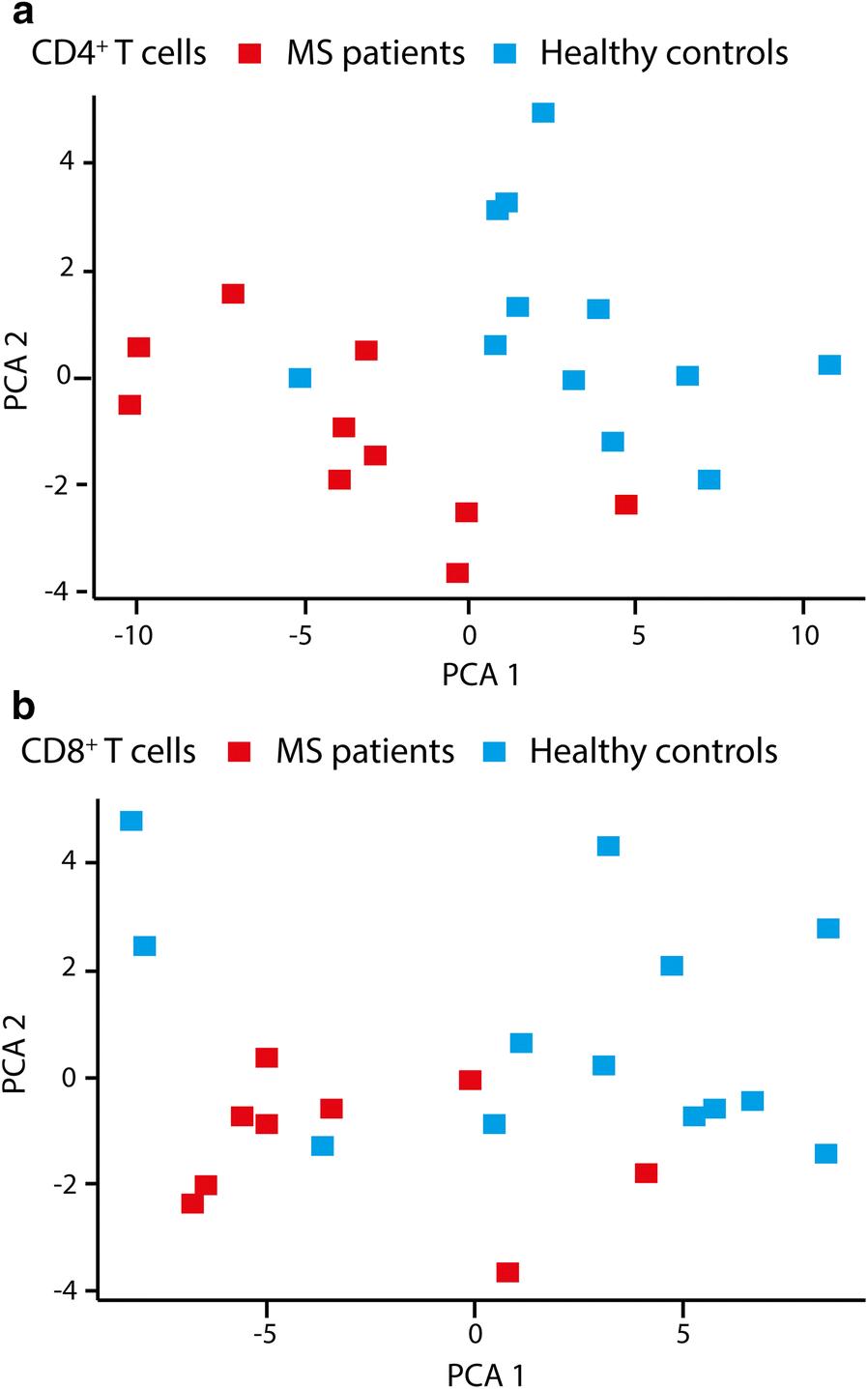